WOW!      I look back at my life and wonder, how did all of this happen to me.  My success today far exceeds my dreams from just 20 years ago.  However, my success didn’t start that way.

I grew up on a dairy farm in the center of Pennsylvania. As a young boy I was very shy and bashful. I wasn’t a good student. From day one I didn’t even like school. In sixth grade I started to play basketball and was fairly good. Thank goodness for basketball I had to maintain certain grades to be able to play. Did I tell you I was shy as a young boy? That only slightly improved when I became interested in girls. Asking a girl on a date was agony. However, I did go on a few dates. My senior year of high school the assistant principal, a friend of my fathers, told him that I wasn’t college material. After taking my SATs three times, I was finally accepted to Penn State. Living in the center of Pennsylvania meant Penn State was only a 30 minute drive. So maybe the assistant principal was right, I dropped out after the first term.  After working for a few years, I got married and then went back to college. It wasn’t easy, they didn’t really want me after the first failed attempt. However after a year of night courses they decided to give me a second chance. Still not a great student, but four years later I graduated.

The first significant change in my life came during my last term in college. A friend needed to purchase some text books and asked if I wanted to go along. I had my text books, but went along anyway. THIS WAS ONE OF THE BEST DECISIONS OF MY LIFE!  While walking around the book store I saw a book titled SEE YOU AT THE TOP by Zig Ziglar. The “How To” book that gives YOU a “CheckUp” from the “NECK UP” to eliminate “Stinkin Thinkin” and AVOID “Hardening of the Attitudes”. I purchased the book and started reading story after story about people that had abilities they didn’t realize they had. For the first time I started to believe that maybe I had abilities. I graduated that May, however, that one book about life was of more value than all my college text books combined.

After graduation I started a job making some real money for the first time in my life. Well at least I could pay my bills and have some fun. I thought life was good. This was success, as I knew it. However, after two years my employer told me that I wasn’t meeting expectations. This is a story in itself, but doesn’t really matter. I failed again.

The beginning of June I started a new job selling life insurance and on June 30 my first child was born. A new job and my first child at the same time. I remember that moments after my son was born feeling this huge weight on my shoulders. Here is this baby that can’t do anything for itself. Raising children is the greatest joy in life. Maybe not the changing diapers part, but certainly watching them grow up and develop into individuals. Having two adult children and watching them raise their own children is very satisfying and rewarding.

Now back to the new job. I sold life insurance for five years and then was asked to take the position of business manager for the large life insurance agency that I was with. This was the first time that I was in a role of managing others. For the next four years I learned many lessons. The most important was one that helped me to have success for years to come. I SIMPLY FIGURED OUT WHAT MY BOSS’ EXPECTATIONS WERE OF ME AND THEN I SET GOALS TO EXCEED THEM. This resulted in raises that exceeded my counterparts. While they tried to meet expectations, I was setting higher goals and hitting most of them. You see, we have the ability to be more, do more and have more if only we believe and continually focus on our goals.

Years later I took a risk and purchased an independent property and casualty insurance agency. To be honest, this was something new and I had no experience in owning and managing a small business. After surviving for several years I hired my first life coach. He asked questions that I had never thought about. He expanded my thinking. I started to try things that I never thought about before. Later I hired a business coach and again he was asking me questions that I had never thought about before. These coaches expanded the way I thought. Sometimes they had suggestions, but many times I came up with the answers when they challenged me. Within a year I was having significant success as opposed to just surviving. Now for over 20 years I have used a number of coaches and have exceeded goals that I didn’t even dream about 20 years ago. There have been coaches that I have passed on because I didn’t think we were a good fit. However, the coaches I have used have been a very good investment. They have helped me get far beyond where I could have gotten to on my own. Because of them I have set goals and exceeded many of them by as much as four times the original goal. I want to thank Dutch, Michael, Tom, Mike and James for the success that I’ve had in the past 20 years. They have been worth every penny that I have invested in myself. They have helped me to be more, do more and have more!

Now it is my turn to help others to be more, do more and have more. More of whatever they are looking for. 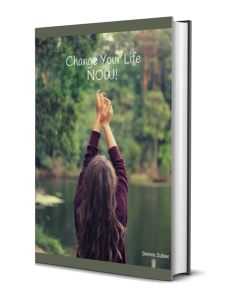 What is your purpose in life?

This is clearly the hardest question I have ever been asked. My guess is that this is probably the same for most people. Did you ever ask yourself, “Why am I here?” “What is my purpose in life?”

Let me share my story. It wasn’t until I was around 50 years old that someone asked me those questions. I had thought about it once or twice before, but never had an answer. Then one day I was reading a book that asked what was really important to me. If I was to set a really big goal for my life what would it be? If I had no limitations what would it be? After really focusing for some time, I decided that I want to give a dollar away for every dollar I spend on consumption. Every dollar for food and drink, gas, entertainment, clothing, vacation, cars, yes everything I spend on consumption required an equal amount to be given away. The thought of this made me shake inside. I had no idea how this could ever be possible. At that time there was no way this could ever happen. From that day on, I have written this goal every day. My giving has increased beyond what I thought was possible.

What made me think of this goal and why was it important to me? I remember back when I was four or five or six years old and visiting my grandparents house. When anyone ever showed up during a meal, they had no choice but to sit at the table with us and eat. Even if they said they had just eaten, my grandmother would say there was always room for dessert. Yes, my grandmother had desserts at every meal. There would always be enough food for visitors. I remember stories of my grandfather giving someone a job on the farm and even living with them if they had nowhere to live. No longer living on the farm when I was a young boy, I remember the old rolltop desk filled with cubbyholes and small drawers in his den. I couldn’t help exploring and finding ledgers, letters to and from Presidents of the United States, probably for funding, postcards from places he had been and so many things. The one thing I couldn’t understand was these thank you notes with pictures of children that didn’t look anything like me. Thanking him for sending them $0.50 or $0.75 and I remember once for $1.25. My only thought was, why would grandpa give money to these kids that he didn’t know when he could give it to me.
What I learned is, like my grandparents, my purpose in life is to help others. Today I give to others financially and through Yellow Submarine Coaching I help people learn how have more of what they want from life.  I think my grandparents would be proud of how I turned out.

If you want to change your life to have more of what YOU want, contact us today.